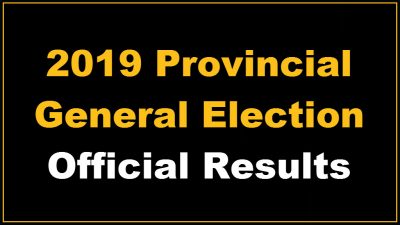 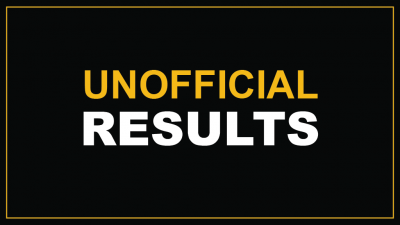 EDMONTON – The final poll has been counted! The unofficial results have been released. Unofficial voter turnout is 71.1% based on 1,880,508 votes cast and 2,643,453 registered electors. To see the results visit www.elections.ab.ca and select ‘view unofficial results‘. Elections Alberta is an independent non-partisan office of the Legislative Assembly responsible for administering provincial elections, by-elections and referenda. Media Inquiries will not be available until Tuesday April 23, 2019. Please contact: Pamela Renwick Director, Operations… 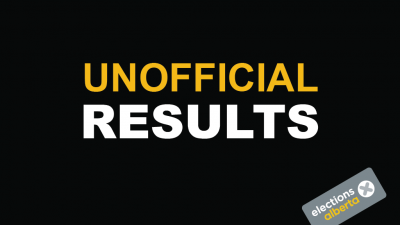 EDMONTON –Chief Electoral Officer, Glen Resler has released the unofficial results for one of the two outstanding polls to be reported. Approximately 138,907 ballots have been counted. In total approximately 223,000 total ballots were cast by electors outside of their electoral divisions. Elections Alberta continues to count the final poll; with counting to be completed by Saturday. To see the results visit www.elections.ab.ca and select ‘view unofficial results’. Elections Alberta is an independent non-partisan office… 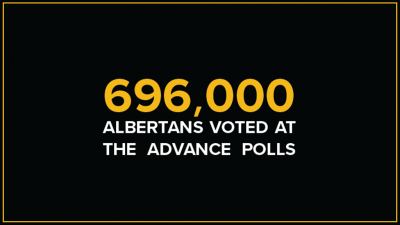 EDMONTON – Elections Alberta today announced unofficial voter turnout numbers for the advance polls that commenced on Tuesday, April 9th and ended on Saturday, April 13th, 2019.  Chief Electoral Officer, Glen Resler stated “The turnout at advance polls was record breaking, with almost triple the number of votes cast at the advance polls than in the 2015 general election.  With over 696,000 ballots cast province wide in five days, my appreciation goes out to all… 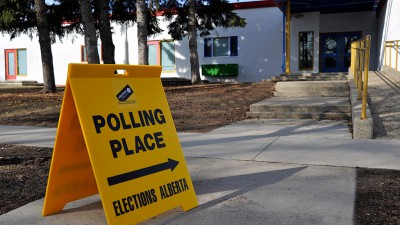 EDMONTON – Alberta’s Chief Electoral Officer, Glen Resler, confirms that advance polls are now open. Advance poll locations are available throughout the province from Tuesday, April 9 to Saturday, April 13. Advance poll locations are available to all eligible electors and for the first time are providing a ‘Vote Anywhere’ service, whereby electors can receive the ballot for their electoral divisions, at any location. Information about the locations and their hours of operations can be… 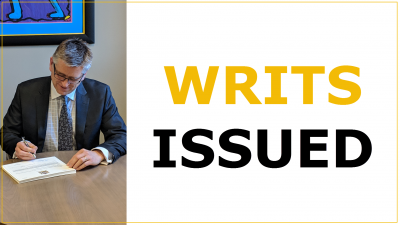 EDMONTON – Alberta’s Chief Electoral Officer, Glen Resler, confirms that Writs were issued today to administer elections across Alberta. “I am pleased to implement new legislation for the general election that will provide electors with new and improved voting opportunities, such as an additional day of advance poll voting and the ability for all electors to vote at any advance poll location in the province, using our vote anywhere technology,” said Resler. Election Day is… 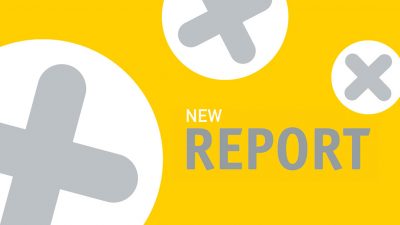 EDMONTON – Today the Chief Electoral Officer, Glen Resler, released his 2017-2018 annual report, pursuant to section 4(2) of the Election Finances and Contributions Disclosure Act and section 4(7) of the Election Act. The report highlights: Information on the registration and deregistration of political parties and constituency associations; Overview of nomination contests, by-elections and leadership contests that occurred in the 2017-2018 year; Information on financial reports, statements and returns filed by registered political entities; A… 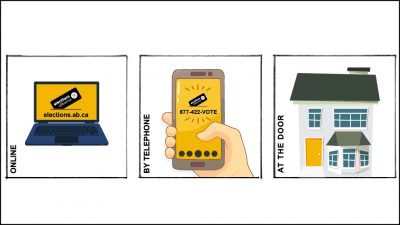 EDMONTON – Alberta’s Provincial Enumeration is underway, with just 2 weeks left for Albertan’s to register to vote by confirming or providing their information to Elections Alberta before door-to-door visits commence on September 8, 2018. Information is being collected on all electors, who are residents of Alberta that are 18 years of age or older and Canadian citizens, to ensure that they are on the list of electors that will be used for the 2019… 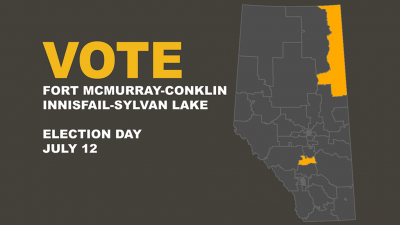 EDMONTON – Elections Alberta today announced the official results for the provincial by-elections in Innisfail-Sylvan Lake and Fort McMurray-Conklin that took place on Thursday, July 12, 2018. The official results are available on the Elections Alberta website: https://www.elections.ab.ca/election-results/. The results include information on the number of ballots cast, number of electors on the List of Electors following the event, as well as poll-by-poll results for each candidate. The successful candidate in Innisfail-Sylvan Lake was Devin…