EDMONTON – Elections Alberta is implementing the application and petition processes for the Recall Act and Citizen Initiative Act. Recall Act: Recall is a process to remove a Member of the Legislative Assembly (MLA) from office between elections, by collecting signatures in the Member’s electoral division. To make an application for a recall petition, an individual must be an elector who has lived in the electoral division for at least three months prior to the date…

EDMONTON – Today, amendments to the Election Act and Election Finances and Contributions Disclosure Act introduced in Bill 81: Election Statutes Amendment Act have come into force. Updated information on these changes are now available on the Elections Alberta website at www.elections.ab.ca. Highlight of Changes Fixed Election Date: Alberta’s next Provincial General Election is scheduled for May 29, 2023. Mandatory Identification: Consistent with municipal and federal election processes, electors will now be required to show…

EDMONTON – Elections Alberta has announced the Official Results for the Fort McMurray Lac La Biche By-Election held on March 15, 2022. Official Results are available on the Elections Alberta website, under “Election Results.” Results include information on the number of ballots cast, number of electors on the list of electors, which includes new registrations, and poll-by-poll results for each candidate. The successful candidate in the Fort McMurray-Lac La Biche By-Election is Brian Jean, representing… 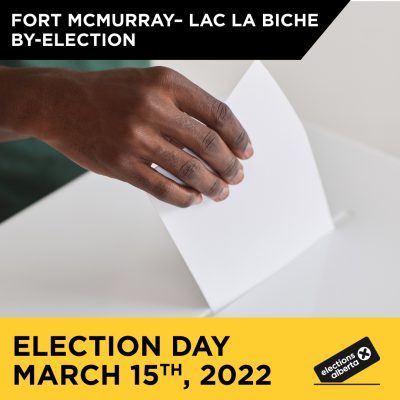 EDMONTON – Chief Electoral Officer, Glen Resler, confirms the polls for the Fort McMurray-Lac La Biche By-Election are now open. Election Day poll locations are open today between the hours of 9:00 a.m. and 8:00 p.m. Canadian citizens who are at least 18 years of age on Election Day are eligible to vote if they are an ordinary resident of the Fort McMurray-Lac La Biche electoral division. Every elector is assigned a polling location based… 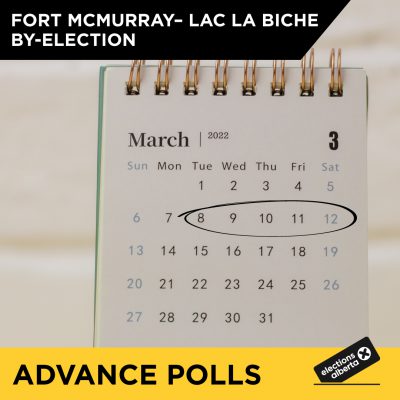 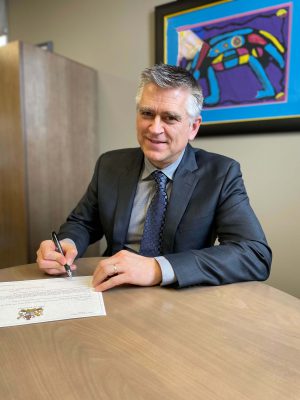 EDMONTON – Alberta’s Chief Electoral Officer, Glen Resler, confirms that a writ was issued today to administer a by-election in Fort McMurray-Lac La Biche to elect a member to the Legislative Assembly of Alberta. The Chief Electoral Officer has the authority, under Sections 9(1) and 47(1) of the Election Act to appoint returning officers and election clerks. These officers play a vital role in the fair and impartial management of provincial general elections and by-elections…. 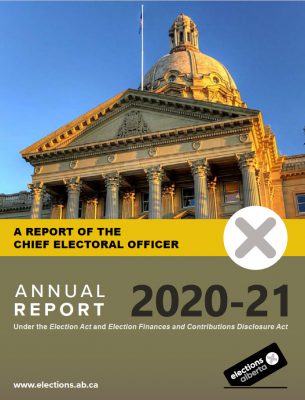 EDMONTON – Today, the Chief Electoral Officer and Election Commissioner, Glen Resler, released his 2020-21 Annual Report, pursuant to section 4(2) of the Election Finances and Contributions Disclosure Act and section 4(7) of the Election Act. The report highlights: Information on financial reports, statements and returns filed by registered political entities; The status of complaints and investigations conducted under the authority of the Election Commissioner; and Financial statements for the Office of the Chief Electoral… 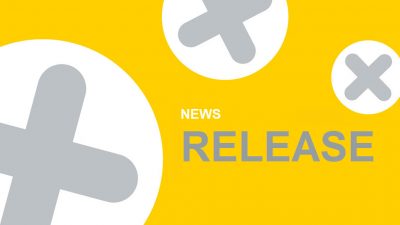