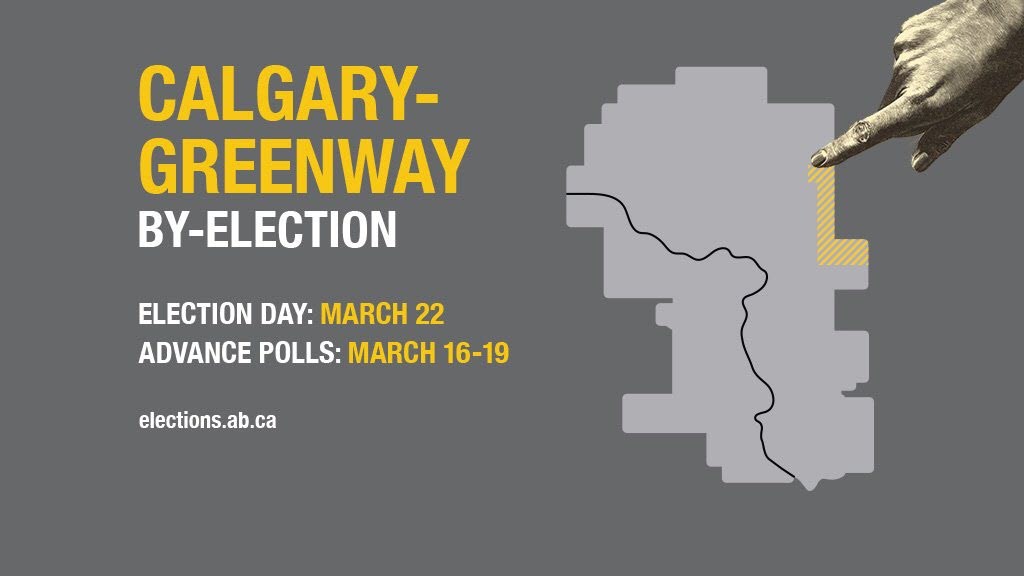 EDMONTON – Alberta’s Chief Electoral Officer, Glen Resler, confirms that a Writ was issued to administer a by-election to be held in Calgary-Greenway. “The Returning Officer and Election Clerk have been appointed and are ready to manage and conduct voting in the electoral division”, said Resler. Election Day is on March 22nd, 2016.

Canadian citizens who have lived in Alberta since September 22nd, 2015 and are at least 18 years of age or older on Election Day are eligible to vote if they are resident in the electoral division. There are 28,278 electors registered.
To be added to the List of Electors, an elector with an Alberta driver’s licence or ID card, may register on-line using Voterlink on our website at www.voterlink.ab.ca until Wednesday, March 9th, 2016. To register at an Advance Poll or on Election Day you must provide authorized identification containing your name and residential address in the electoral division. A list of authorized identification is on our website: click on “Voters” and then click on “ID Required To Vote”.

For more information about the Provincial By-election visit www.election.ab.ca, call toll free at 1-877-422-8683 during normal office hours, join us on Facebook or follow us on Twitter.